A few years ago, I encountered the below sign before entering a construction site. For now, let’s not dwell on the text that appears to value administrative action above anything else (and probably will be incomprehensible to the often foreign, predominantly Eastern European, workers) and instead look at the pictograms on the bottom that inform us about some safety requirements on that location. 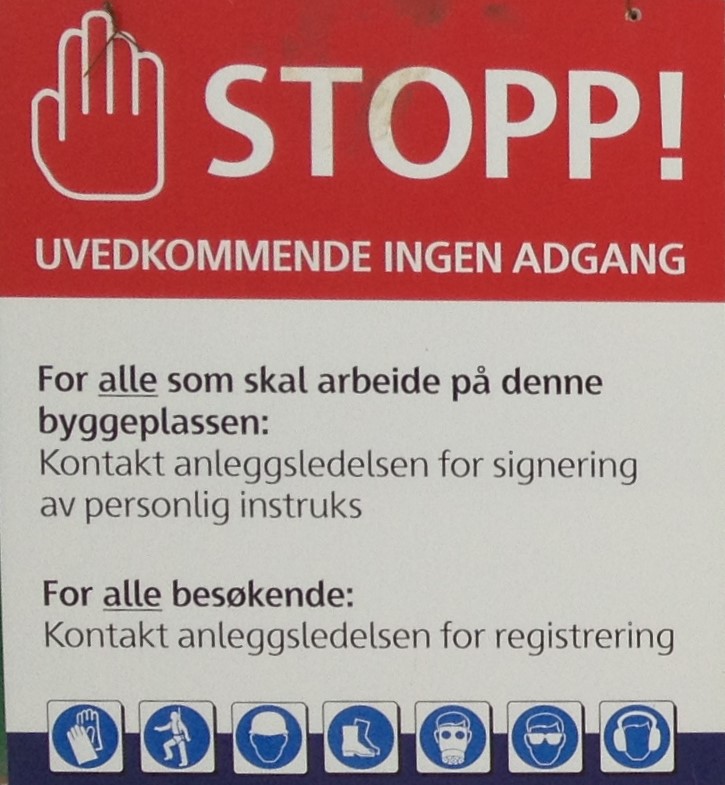 Taking the information on that sign literally, one was obliged to wear an impressive collection of gear: safety gloves, fall protection, a hard hat, safety boots, gas masks, safety goggles and hearing protection.

It looks like they wanted to make sure that they didn’t forget anything, covering their asses to the max. Interestingly they screwed up on that part, because it was work at the rail tracks where high-visibility reflective safety dress is prescribed per regulations. And of course, there was no working at height at that location.

In my book I call this safety-itis, a serious condition that seems to have befallen many a company. Just drown people in a huge number of obligations.

Things can also be done quite differently. The other day, a colleague of mine had a little excursion to the renowned Norwegian glass factory at Hadeland. Visitors to this facility can observe glassblowers performing their fascinating trade. Being a safety nerd, like many of us, my colleague noticed the sign below. 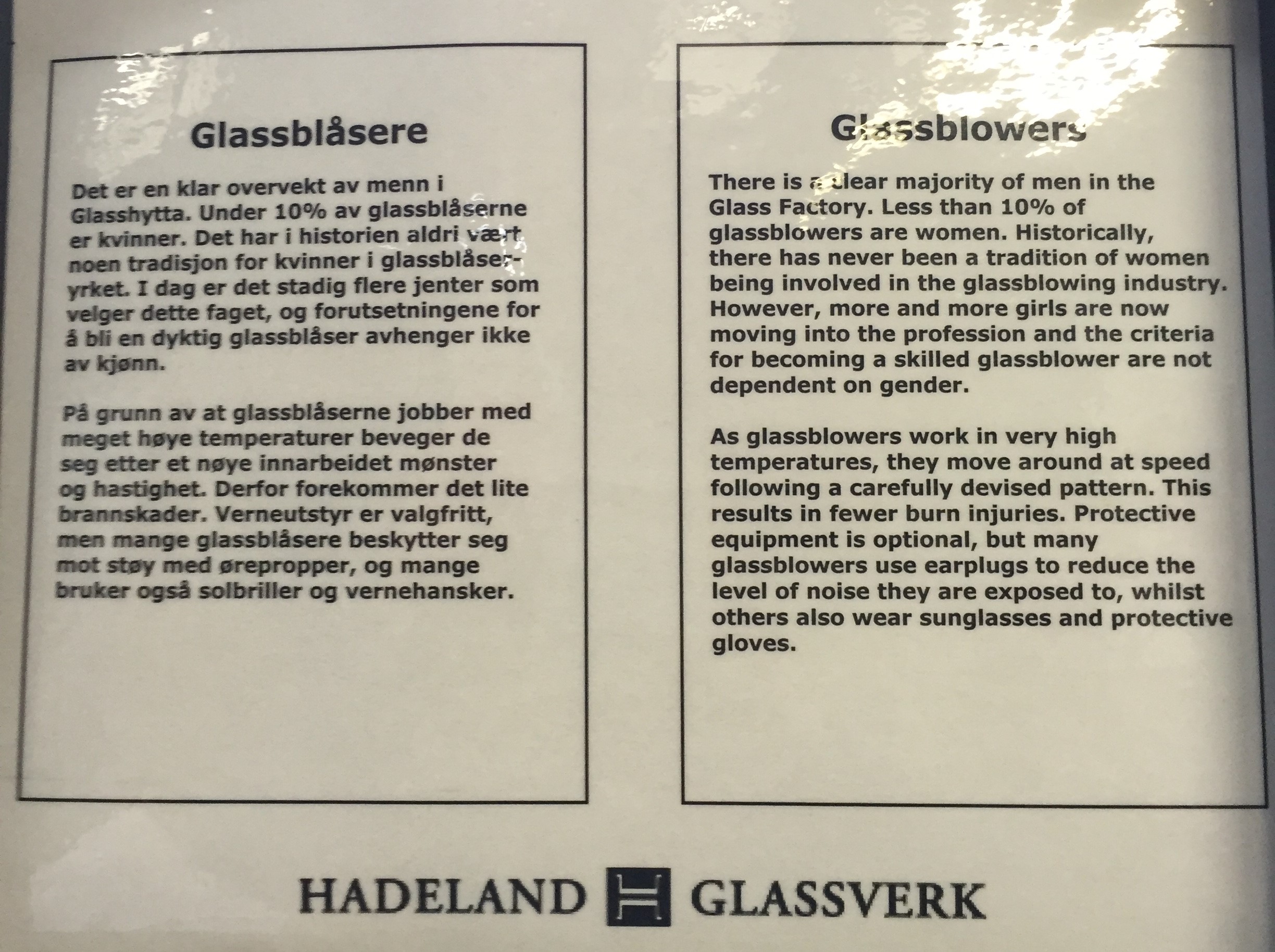 While the first part is interesting, I’d like to concentrate on the second part of the text right now.

Glassblowers clearly deal with high risks and a lot of energy. Hazards include extremely high temperature and heavy and sharp objects. Still, many of these people perform their jobs in t-shirts and shorts (check for example this dude).

If you observe a glassblower at work, it looks at times as if they are dancing, moving in intricate patterns around their blowing tube with the hot piece of glass on its tip. And while I’m no dancer myself, I presume it’s not easy to do so in protective full body gear…

This reminds me of an anecdote from my own professional past at the workshop in Haarlem. Most people never have the chance to look under train carriages. Hidden for most of us, you will find an impressive amount of wires, pipes, appendages and what not. Many uneven and sharp (or blunt) objects where you can bump and harm your head while you are working under the train, fixing stuff or just doing ordinary maintenance.

In my time, engineers would often wear just a cap (which would prevent grease, rust, dust and other stuff getting on their head and in their hair). Later we also had safety caps (like a baseball cap with a Kevlar inner) for those who wanted them. There were barely ever head injuries (I recall none in seven years time). Like the glassblowers, engineers performed kind of a ‘dance’ when they walked in the small space under the train. They knew exactly when to duck and when to bend to avoid bumping into appendages and pipes.

When I moved on to another job, my position was filled by a hold-the-railing type safety officer. One of his first actions was to bully the management in the departments about the ‘intolerable’ lack of head protection. After all there were sharp objects under the trains, and people could get cuts and infections from the dirt and rust under the trains. And so on. Within no time there were signs all over the place, pointing out the mandatory wearing of hard hats followed by some heavy enforcement.

The result: a spike in neck injuries. Because of the focus on enforcement people complied, wore hard hats and kept bumping into all kinds of stuff under the trains. After all, they moved like they always had done. The problem, however, was that they had “grown” by a few centimeters. While they did not get any cuts or infections, the energy was transferred to their necks leading to some injuries. Lost time injuries even, which hadn’t been there before.

Looking back at the construction site above, I clearly prefer the Hadeland solution. I do of course appreciate the difference between a construction site and a glassblowing workshop with highly skilled professionals in relatively stable environment and activities. Still, an overkill of useless mandatory gear is not helpful at all and rather creates cynicism and ridicule with regard to safety rules.

The message today: sometimes it should be obligatory to wear safety gear, without leaving a choice. I fully support mandatory wearing of PPE in cases where this makes sense. But just as often one should leave room to use your head and skills.

Do not interfere with skillful dancers, they may actually hurt themselves while you are trying to protect them!

Many thanks (once again) to my friend and colleague Beate Karlsen for spontaneously providing the inspiration for a little blog.